Chat with us, powered by LiveChat
Apply Request Information
Teaching In Texas

Bilingual education in the United States dates as far back as the first settlements in North America in the mid-1600s when there was a variety of spoken languages like German, Swedish, Irish, Welsh, Dutch and French. However, the first large-scale government-sanctioned bilingual program wasn’t initiated until 1963 due to a rise in the number of Cuban immigrants in Florida.

In fact, Texas law enacted in 1995 states that “Public schools are responsible for providing a full opportunity for all students to become competent in speaking, reading, writing, and comprehending the English language. Experience has shown that public school classes in which instruction is given only in English are often inadequate for the education of those students.”

The reality is that there has been a steady increase in English language learners (ELL), which continues to transform the education system nationwide. 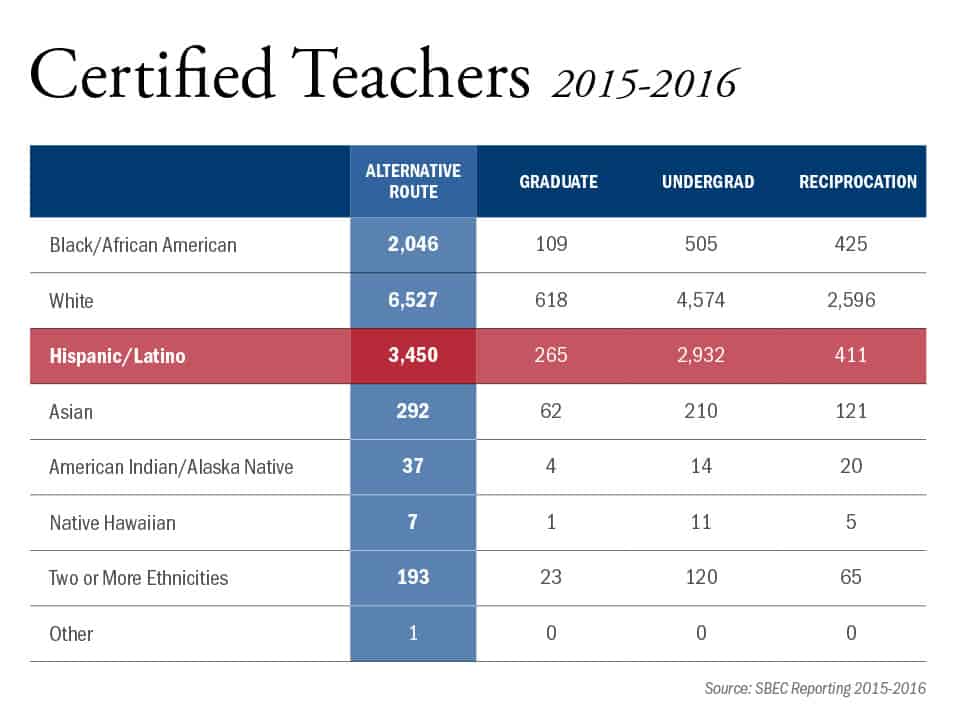 Interested in becoming a teacher? Below are the exams required for teacher certification in these areas. Teachers of Tomorrow provides training in more than 40 subjects just like these.

Want to learn more about becoming a teacher? Check out our free How to Start a Teaching Career Guide.

How to Become a Special Education Teacher